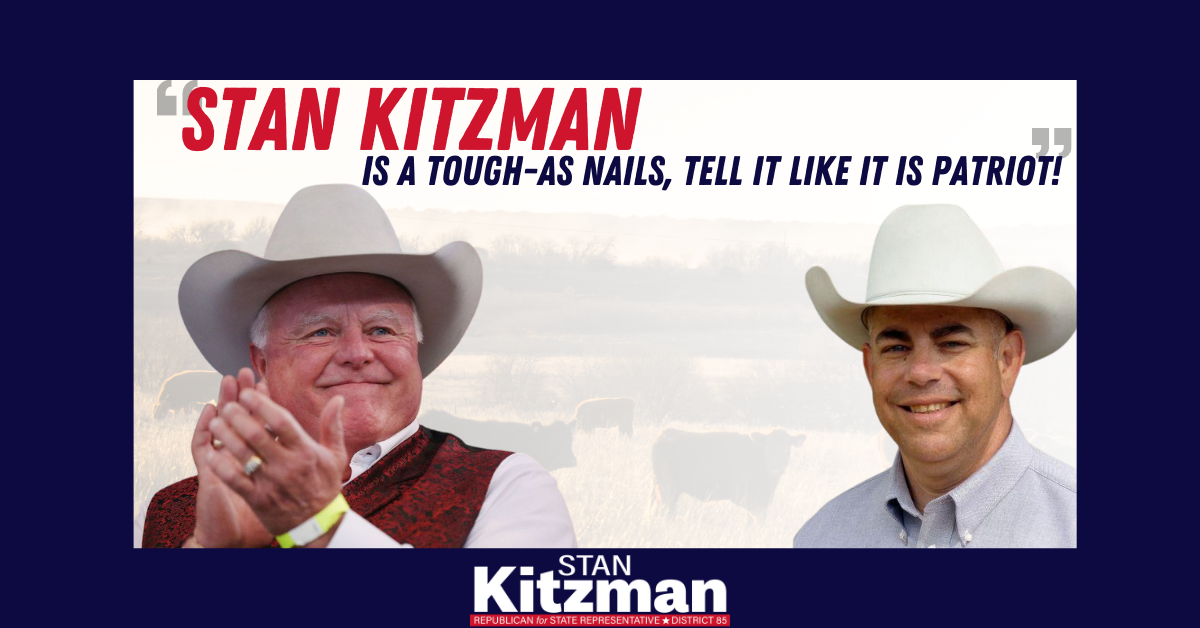 “I am proud to join a growing list of my fellow Texans in endorsing conservative leader Stan Kitzman in his Republican race for State Representative in House District 85.’

“Stan is a veteran, school-teacher, former Waller County Commissioner, and the current head of the Brookshire-Katy Drainage District. He’s exactly the kind of no-nonsense leader we so desperately need now in the Texas Legislature.’

“Stan Kitzman is a tough-as nails, tell it like it is patriot, who will fight back against tyrannical government overreach and help lead the fight to protect our precious freedoms which are under assault from every side.’

“Like me, Stan Kitzman says what he means and does what he says. I know he will be a leader in the Texas House and a strong conservative voice on behalf of the people of Austin, Colorado, Fayette, Fort Bend, Waller, and Wharton counties. I look forward to working with him and hope you will join me in strongly supporting this great Texas leader as he joins with me in the fight to keep Texas, Texas, and the last best place.”