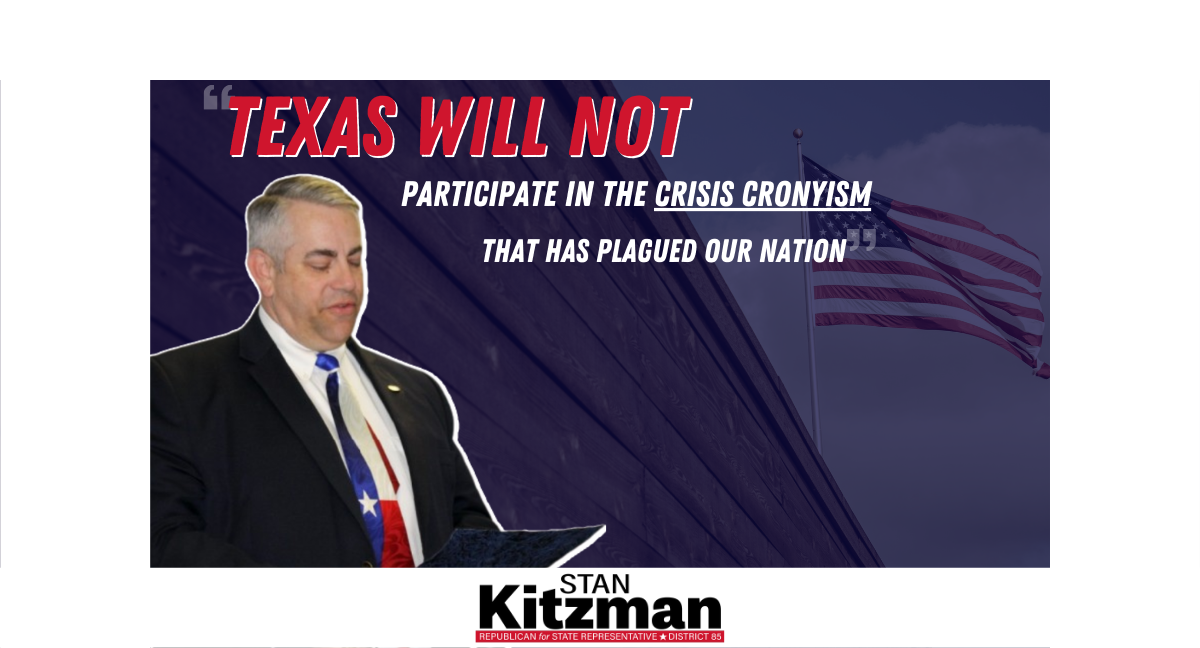 “Texas House District 85 will not participate in the Crisis Cronyism that has plagued our nation.”

PATTISON, TX: This spring, a new illegal immigrant housing facility is planning to open in Colorado County, Texas. A San Antonio-based company called Endeavors will administer the new facility. Questions have been raised on how close the company’s officials are with the Biden administration. At least two contracts have been reported to have bypassed the federal competitive bidding process. Those contracts were worth over $500 million.

“Endeavors started with the goal of helping veterans and the homeless. Now they have become a key player in the Biden Border Business. We shouldn’t wonder why the Biden administration has failed our country on border security. Failure on that essential task is profitable to many of Biden’s cronies. We should not be bearing the risk of others in our streets and neighborhoods.’

“It’s time we demand transparency on these facilities and shut them down if they are not beyond reproach. Texas House District 85 will not participate in the Crisis Cronyism that has plagued our nation. We need representation that will fight the spread of facilities that financially fuel the crisis at the border.”

No comments to show.